The guy at the counter appeared beleaguered. A woman in line two people ahead of me was giving him a hard time. Someone screwed something up and it needed to be hashed out. He seemed one part hassled, the other part over it, and not very well suited to dealing with it. He wasn’t actually sweating, but he would have been in the movie made of his life.

When I got to the counter I made an attempt at being engaging, easy. He asked if I wanted my items for there or to go and I said I’d be staying but maybe a to go bag was best as I didn’t think I’d finish.  They were hosting a Happy Hour featuring a special on cookies, so I ordered more than one. He was nice enough, said they were out of iced coffee but could make me an Americano. I wasn’t sure the extra effort was necessary, but agreed to it after he told me the milk they offered for Happy Hour was only a shot. He seemed concerned I wouldn’t have enough to drink. He got my cookies and when he went to put them on a plate I reminded him about the to go bag, and that he might as well save the washing of a plate, and he looked slightly put upon.  I said, “Hard day?” And he said yes, but that it was almost over. I made the zen sign with my fingers (thumb to middle finger) and told him it would get better. He seemed sort of appreciative but not wholly.

He moved to get a bag and accidentally dropped my cookies in the process, which seemed to be the button on his already fraught afternoon, then he tossed the fallen cookies in the garbage like a soldier who’d been through the drill many times before. He picked out two new cookies and when he went to slide them into the bag I noticed his fingers were touching them, but somehow I pulled through my heebie jeebies about germs and still ate them. 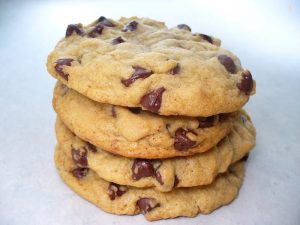 Later, when I went back to the counter to get something to take home for dinner he said he’d try to remember my name next time. I told him he’d have the chance to learn it because  I was planning to show up a couple of times a week to write. His eyes lit up a bit and he said, “Oh, you’re a writer? What are you writing, a screenplay?”  I seemed to lose him a bit when I hemmed and hawed about working in various formats, a little of this and that, and that I was trying to suss out a few things AKA “Zzzzzzzzz…” but I got him back by asking if he wrote, too. He told me did stand up and said a lot of studio folk frequented the cafe, implying that either they write there, too, or that with enough time and a bit of luck we might be discovered by them. 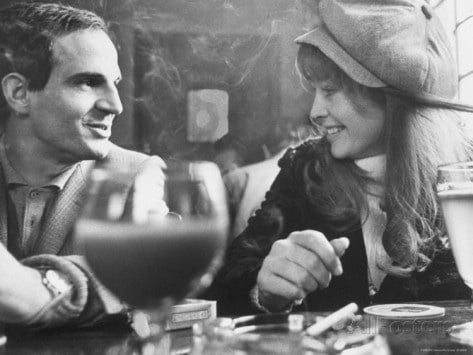 I imagine going forward we’ll become fast friends. I’ll start working on material with him, maybe go see him perform sometime. He’ll ask me to be a plant in the audience so I can yell something out that he can work off of. The possibilities are limitless. I don’t know his name, but he seemed like an Andy or possibly a Jordan. Maybe I’ll catch it next time, like a cold.